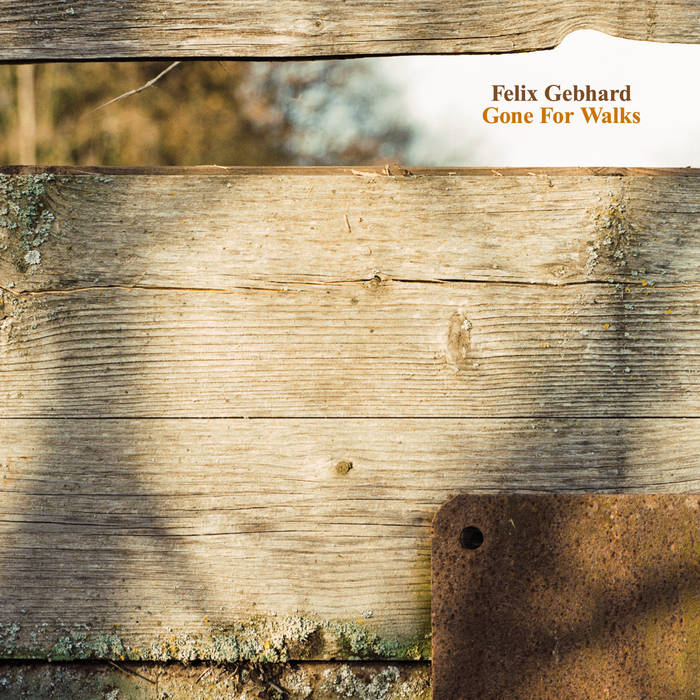 In our second physical release on Tessellate Recordings, we present you with Felix Gebhard’s Gone For Walks in a limited edition run of just 100 copies. Felix Gebhard is a much travelled musician, song-writer and artist from Berlin in Germany. Since his late teens he has been playing guitar and writing music. For many years he performed as part of the now disbanded Home Of The Lame who embarked on their final tour together in 2012. Since then, Felix has been concentrating on his solo material which departs from the 3-4 minute pop songs that Home Of The Lame became renowned for, making steps towards the experimental Ambient field. Felix’s first release under his own name came out last year on our sister label Audio Gourmet, followed by a vinyl release on his own Lametunes imprint called Wise Words For Elmore Bubbles. For the latter, he embarked on a small tour playing guitar live through a series of effects pedals.

Over the years Felix has primarily lived in cities, such as Hamburg, Bremen, Malmo and Stockholm. Gone For Walks is a result of time spent away from the city during trips to his mother’s house in a village in Wendland. It is a rural region by the Elbe River which sits on the former East and West Germany border. The four tracks that comprise this album are the result of pictures and sounds he collected whilst on several walks in the area. The field recordings are joined by improvised layers of instrumentation including an acoustic guitar, electric baritone guitar, electric piano, organ, synthesisers, kalimba, bowed vibes, ukulele and various percussion instruments.
Felix strived to visualise the landscape and region by focusing on small sonic and visual details along the way. There was never the intention to stereotype an urbanite’s view on agriculture and country living but somehow the record finds itself being just that.

The tracks are named after the times that certain field recordings were captured and on the physical release, these are mapped and marked with an ‘X’ on the back of a postcard containing an image from the walks. Inside a sealed and stickered envelope, you’ll find a set of four postcards (one for each track) along with a copy of the limited edition CDr. There is also a digital version available which includes bonus items.

Written and produced by Felix Gebhard

Sounds captured and photographs taken on walks in and around Langendorf, Germany 2011
Instruments played and recorded at Im Kontor, Berlin and Evergreen Terrace, Berlin between November 2011 and March 2012

Mixed and mastered at Im Kontor in June 2013

Tessellate Recordings was established in January 2012 by Harry Towell, from Lincolnshire in the UK as a sister label to the Audio Gourmet netlabel.
It will focus on infrequent limited edition CDr and digital releases with a focus on music that loosely falls in the modern ambient music category ... more

Bandcamp Daily  your guide to the world of Bandcamp

Cannibal Corpse's George "Corpsegrinder" Fisher stops by for an interview